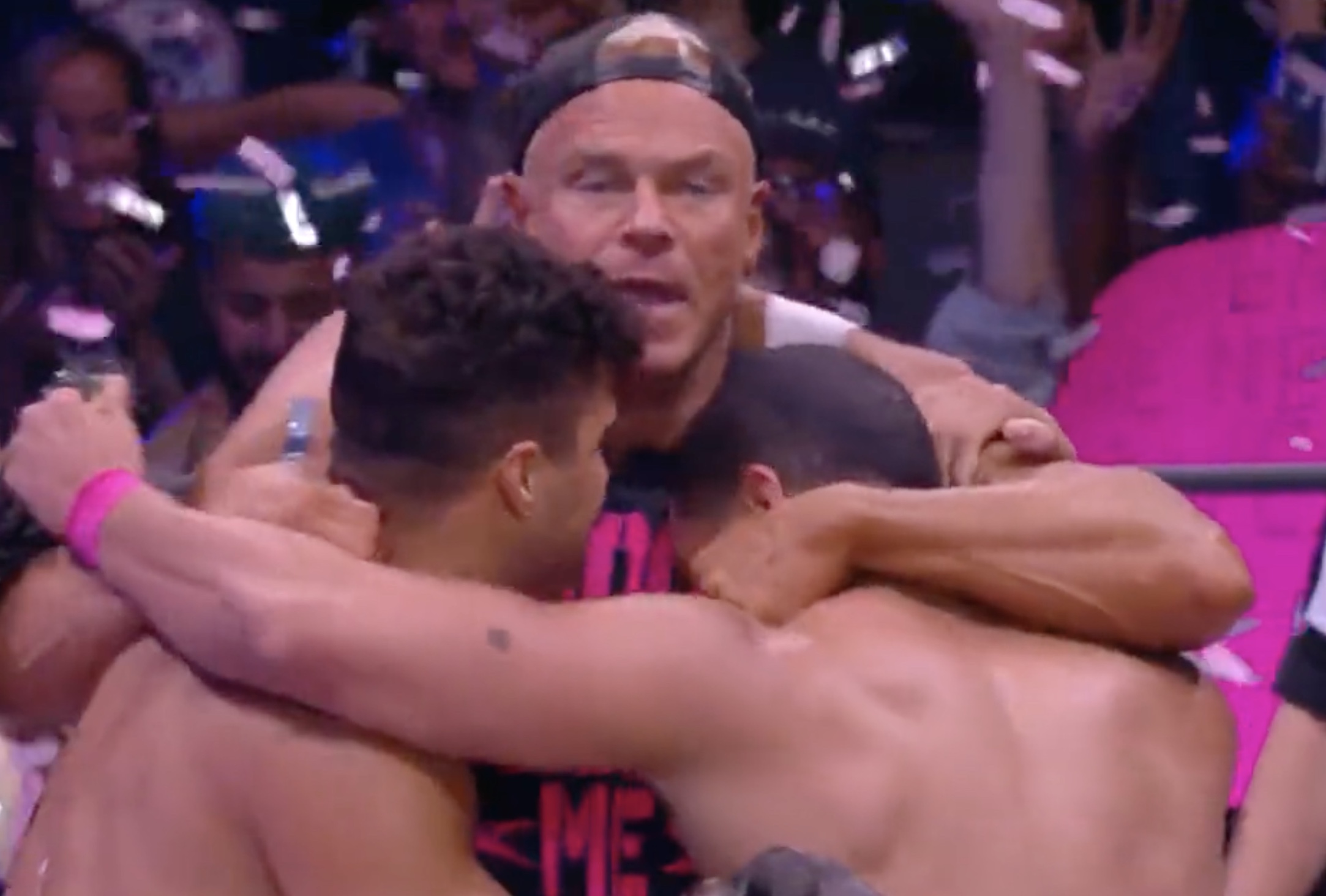 Anthony Bowens has made history as the first out gay wrestler to become an All Elite Wrestling (AEW) champion.

Under the team name, The Acclaimed, Bowens and his wrestling partner, Max Caster, won AEW’s Tag Team Championship on Wednesday. Video of the victory shows the crowd going absolutely wild as confetti fills the arena and Bowens and Caster celebrate.

On Twitter, Bowens used the win as a moment to honor his late grandmother.

“When my Nana passed in 2015 I promised her I’d be a success,” he wrote. “Nana, I made it! AEW’s first Gay Champion. Most tag team wins in AEW. Most popular team in wrestling. EVERYONE LOVES THE ACCLAIMED.”

Most tag team wins in AEW

Most popular team in wrestling

EVERYONE LOVES THE ACCLAIMED.. your #ForeverChamps

“I’ve loved pro wrestling ever since I was 5 years old and I didn’t want my experience ruined because of other wrestlers thinking I got into it for the wrong (sexual) reasons,” Bowens wrote when he first came out. “The ring is my sanctuary, where nothing else matters. I couldn’t bear to think that if I came out, I’d spend most of my time worrying if the person I was wrestling was uncomfortable and didn’t want to work with me.”

Last year, Bowens made waves for kissing his boyfriend, Michael Pavano, in front of anti-LGBTQ protestors. He posted a picture to his Instagram of the pair locking lips in front of signs held by protestors that said, “Trump, Make America Great Again: Ban Homo Marriage” and “HOMOS GO TO HELL.”

“#Standup against hate,” he wrote in the caption.

After Bowens’s AEW victory, Pavano wrote on Twitter that he is “so unbelievably proud” of him. “It was truly a surreal experience and I can’t think of anyone more deserving. I love you so much.”

So unbelievably proud of @Bowens_Official for his win tonight on #AEWDynamite It was truly a surreal experience and I can’t think of anyone more deserving. I love you so much.